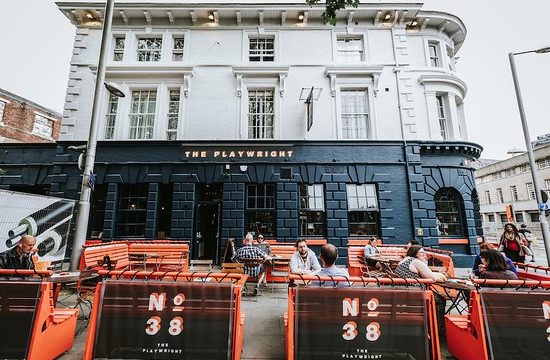 Nottingham Forest Football Club. 154 years of history. Pioneers, groundbreakers and, for a short time, arguably the best team on the planet. At the very least we were in the top one. 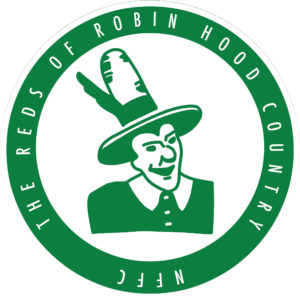 This is a football club that has not just been a celebrated member of the game but has inspired too – the passing of the red to Arsenal is well known but the same happened with Argentina’s Club Athletic Independiente during what was a first ever visit to South America by an English side in the early part of the 20th century.

The game has evolved for the better thanks to Nottingham Forest, notably via the mind of Samuel Weller Widdowson, who fashioned the first whistle and shin pads. Beyond this there is a long list of ‘Forest firsts’ where, as a club, we have pushed the boundaries of the sport.

Alongside this we have earned titles but also respect. A football club that has traditionally operated the right way and in keeping with the spirit of the game. Every football supporter will point to their team as being the best but Nottingham Forest are certainly a special football club.

And in the beginning there was the Clinton Arms.

It was here where fifteen individuals gathered to debate to the proposal of  J.S Scrimshaw concerning a switch to football. Previously they had played ‘shinney’; a Nottingham colloquialism of shinty which had many similarities with hockey.

The date of the meeting is not known for certain. Much of the evidence points to November of 1865 but there is conflict about whether this is correct. What is known is that it was inside the Clinton Arms that Scrimshaw’s motion was passed and Nottingham Forest were born. Incidentally a short walk away the Theatre Royal opened in September of the same year.

A team colour was chosen in homage to the Italian revolutionary, Giuseppe Garibaldi, who had united his home country with his red shirted armies.

The exploits of Garibaldi was well known in this country and gave rise to, amongst other things, pubs bearing his name in Nottingham. The General Garibaldi on Bridlesmith Gate later become The Fountain. Incidentally, a 2018 Left Lion article states that a Garibaldi-themed lecture was delivered at the Mechanics Hall in 1861 on Sherwood Street just across from where the Clinton Arms stood. It is not unfathomable to think that members of the fifteen were present.

Garibaldi had visited England in 1864 and had suitably impressed much of the population although that did not extend to Queen Victoria according to the same 2018 Left Lion article. This prevented Garibaldi accepting numerous invites to visit cities across England including Nottingham although a representative group from the city did travel to London to meet him in person.

The intial purchase for the newly found Nottingham Forest was a set of Garibaldi Red tassled hats. Later this became the red shirts that we still wear today.

”The founders instructed William Brown to to purchase a dozen red caps, complete with tassels, for the players. In those days a team was identified by its headgear and this custom survives to the present day with the awarding of international caps…. Forest’s Garibaldi Red caps were bought from another of the original members Charles Daft, a shopkeeper and member of an illustrious sporting family in Nottingham.” (Forever Forest: The Official 150th Anniversary History of the Original Reds; Don Wright)

On March 22nd 1866, the ‘Foresters’ played their first official game against near neighbours Notts County at the Forest Recreation Ground. Different sources offer a score of either 0-0 or 1-0 in Forest’s favour. Don Wright suggests the latter in his book with the first ever goal scored by Nottingham Forest credited to W.H. Revis. Don references the History of British Football published in 1968:

”After a long, negative, scoreless afternoon there was a sort of steeplechase between a player named Hugh Browne, of Notts, and W.H. Revis of the Forest. The latter touched down the ball, and the place kick, which was taken fifteen yards at right angles to the goal-line, being successful, the Forest were proclaimed winners of the first great match between the rivals.”

It was this game that a number of us back in 2016 sought to mark with a gathering at the Clinton  Arms and a walk to the City Ground. The previous ownership had failed to appropriately celebrate the occasion and so we took it upon ourselves as fans to do something. The event was a huge success and was an early example of the supporters rallying throughout the turbulent final year of that regime. 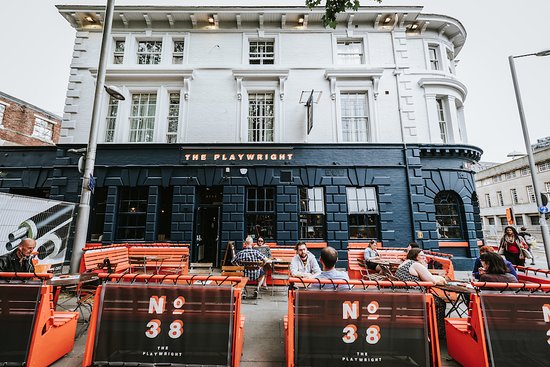 At the time we requested that the ownership of the Orange Tree (the name had changed from the Clinton Arms in the years previous) consider letting us install a plaque on the building which recognised the 1865 meeting. Unfortunately this was rejected.

We therefore took note when we saw a story in the Nottingham Post towards the end of last year which advised that the venue was now under new management.

Some weeks later we met Vaughen Crompton of Nottingham City Council about the legacy of the Rebel City banners and mentioned the desire to install a plaque at the old Clinton Arms which was under refurbishment and due to re-open as The Playwright. With some much appreciated and swift assistance from Vaughen we were soon able to secure the permission from the new owners of the venue. We’d like to place on record here our thanks to Vaughen and The Playwright for their help.

Vaughen also put us in touch with the Nottingham Civic Society who specialise in this field and add historical value to the plaque. Thank you to Hilary for all her assistance and guidance.

The next phase involved funding the plaque – a sum of £500 was required and we asked for your contributions to fund the manufacture and install. The sum was raised in approximately half an hour which was pretty staggering. In a strange twist we received good natured complaints from people who wanted to donate but had missed the opportunity!

As with all our projects being able to raise the money via the fanbase was a huge factor for us. Keeping this supporter driven was important and we are extremely pleased that so many have supported it.

We will be unveiling the plaque on the Sherwood Street side of The Playwright this Saturday (31st August) at 11am before the Preston game. It is an occasion we hope you are able to join us for. We wanted to arrange the date for a matchday to provide the opportunity for as many as possible to attend. The pub will open at 10am and will have breakfast cobs on offer.

We believe this is an important event and one that will rightfully honour those fifteen men who met in the Clinton Arms 154 years ago. It would be fantastic to have many other Forest fans there to witness it.

The official club historian, Don Wright, has kindly agreed to perform the unveiling for us. Forest have a plethora of important individuals attached to it but they can only represent a certain period. Don very possibly has the deepest knowledge on the entire history of NFFC there is but always does so with a clear view of where the club is today and where it is headed. He was always our only choice for this.

After the ceremony you are invited to join us inside the venue where there will be a couple of short speeches and further tributes to the founding fathers of NFFC. All are welcome of any age. We anticipate bringing things to a close around 1:30 / 2pm and heading to the ground.

We hope to see you on Saturday.

Don Wright’s book is a must read – available from various sources including Amazon.