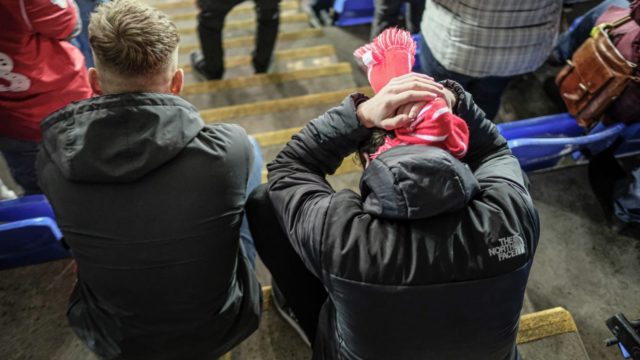 Saturday. It summed up exactly everything that we all love and occasionally hate about football. It’s a metaphorical drug creating a huge blend of emotion, leaving us constantly craving for more time after time.

A sold out away end witnessed what will undoubtedly be one of the most discussed games of the season. A classic case of, If you know, you know….

The first half bought precious little chances for Forest, and in truth the second didn’t either. A relative stalemate between two in form teams. Think most of us would have happily taken a point under the right circumstances, but this is Forest. We’ve never been one for following the crowd.

As we ticked into what was supposedly the final minute of the game, scores level at 0-0, I’m fairly certain not a single person had predicted what was about to unfold. Feel free to make yourself known if that isn’t the case, and I’ll let you pick this week’s lottery numbers for me.

Joe Worrall seemingly defied all levels of physics and gravity to claw the ball back into the box, towards Watson. Then crash, it was in. Goal.

The beauty of moments like this should never be underestimated. It’s the biggest, most immediate rush of collective energy most of us are ever likely to experience. A blurry minute or so that included a mass pile on, and me swan diving three rows down to spread the joy. Something which I probably wouldn’t recommend, but would almost definitely do again. My body is yet to recover. More black and blue than our current away kit.

Just as I had concluded my celebrations, a quick glance over my shoulder would see the ball heading towards our goal. Surely it wouldn’t go in would it? But no, this is Forest doing the most Forest thing of all time. A sucker punch right in the nether region.

A sit down in the middle of the aisle was required to try and gather some sense of what on earth had just happened. I can imagine it was somewhat like what having your head jammed into a washing machine might be like.

A scan of the crowd would see many people in the same situation. Battered and bruised, physically and mentally. A truly exhausting couple of minutes, and something we’re unlikely to ever see again.

In the raw emotion of it all, I was guilty after the game of saying I would have preferred to have just drawn 0-0 and happily hit the road. But on reflection, I’ll gratefully lock away the memories this game created and take the point alongside too.

A quick turnaround for the reverse fixture will hopefully yield the full 3 points, and allow us to forget Reading even exist for another six months or so. Something they’re trying their utmost to avoid, but powerless to stop. A bit like a fly buzzing round you in the summer. Annoying, but by no means relevant in the bigger picture. Easily swattable.

Saturday will be spoken about for a very long time, and would anyone have expected that as the clock ticked into the 95th minute? Thought so. But that’s exactly why we all love the game so much.