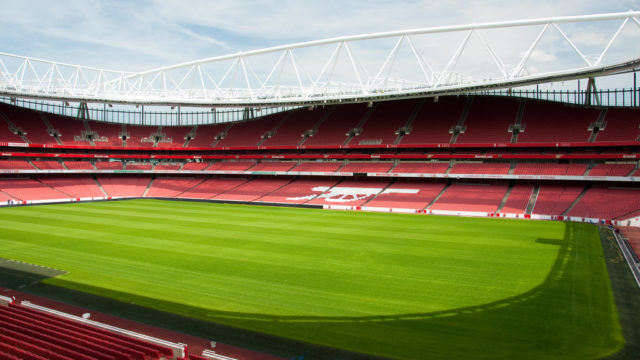 The last couple of games have done us much good, showing the defeat at Wolves was perhaps an outlier in our renewed form. We are still far from any sort of comfort, we remain bottom, but the Liverpool result was the type of occasion the club has longed for and, crucially, chalked up consecutive clean sheets which is a major stride forward.

We now find ourselves in a strange position of having three games (plus a League cup tie with Spurs) before the enforced World Cup void to try and further shape our survival hopes. Nothing will be decided but we can certainly put ourselves in a much stronger position.

It’s peculiar to think of Arsenal as being the final away game for almost two months. It’s also frustrating to see that our festive fixtures have this week been decimated by TV scheduling, especially as the Premier League and broadcasters missed the announcement deadline by almost a fortnight.

Certain decisions will always work better for some than others and it’s a shame, in my opinion, we have been deprived of a Boxing Day return at Old Trafford but the far bigger issue is the shifting of games away from Bank Holiday slots. The move of the Southampton game from a Bank Holiday afternoon to a Wednesday night is a further example, not that any more are needed, of how little football fans are factored into scheduling decisions. To suggest it’s to be expected in the Premier League is a nonsense argument – it’s a ghastly decision that will undoubtedly make travel much harder, cause headaches around time off work and mean either a late, late night or the expense of accommodation.

Football supporters don’t expect to have every kick-off served up to suit us, but it would be nice to think such unnecessary rescheduling could be avoided and we might just be a small part of the decision making process.

TRAINS: The direct trains out of Nottingham are as follows:

A standard day return on East Midlands Railways is currently shown at £70.60 for a Super Off-Peak Return.

A cheaper option if you don’t mind incorporating a change into your journey is to head east to Grantham 0r Peterborough. A return from Nottingham – Grantham is £10.50 (enquire about group savers too if travelling in groups of 3 of 4 as it should save you a third off) and then a standard day return from Grantham – London Kings Cross on certain trains is £48.00 but does include a London Travelcard which allows you to use all bus and underground services within the London travel zones – on other services the price goes up a fair bit. All in the cost comes down to £59.50 which is still a considerable amount but much cheaper than the £70.60 Nottingham – London fare, which doesn’t even include the Travelcard which is worth around £10 in itself.

Via Peterborough, it could potentially be a £38 return (without London Travelcard), with a 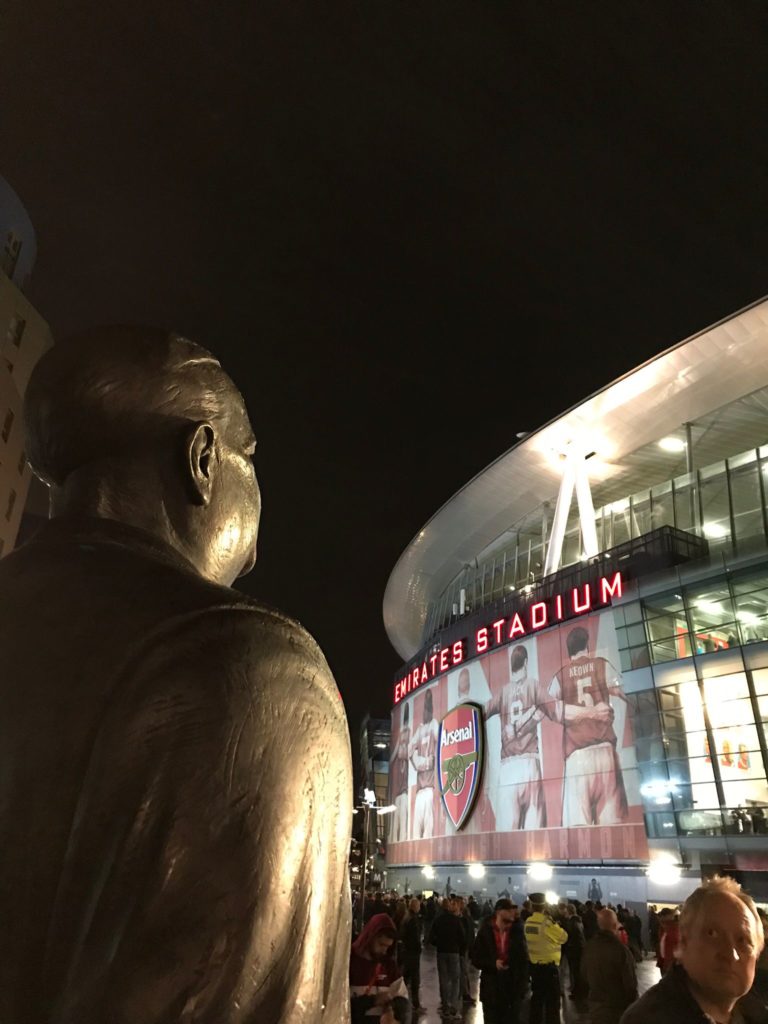 £16 return from Nottingham – Peterborough (again, group savers will take a third off this) and then £22 return from Peterborough – Kings Cross. You are restricted to certain trains and won’t get into London until quite late but it’s an option if train fares are an issue.

To give you an idea this is a feasible route to take:

You can get greater flexibility on trains by paying more on both the Grantham and Peterborough. The timings probably aren’t great, but they save a lot of money. Take a look at EastMidlandsRailway.co.uk to figure out the best route and you might spot some cheap single tickets too.

Another advantage of going this way is that many trains will stop at Finsbury Park meaning you don’t need to travel into London if you don’t want to, and there is no need to shell out for a Travelcard / tube fares.

UNDERGROUND: Reaching the Emirates on the tube is pretty simple from Kings Cross / St Pancras if that is where you are arriving from on the train. Jump on the northbound Picadilly line and Arsenal Station is only four stops up the line, or Finsbury Park is one stop further on. The latter can also be reached on the Victoria Line, although it’s a further walk (about 15 mins) it might be little less crowded and there’s bit going on around there in terms of pubs and food.

ROAD: It’s always my personal preference to avoid driving close to London stadiums. Traffic is one thing but there are various zones to be wary of regarding low emission and congestion charges. Parking is usually pretty readily available at stops such as Stanmore and Edgware which can both be accessed quite easily from Junction 4 of the M1.

Do also take a look at Luton Parkway which is a quick way into London, easy to get to from Junction 10 of the M1 and can work out pretty cheap. A cheap day return into St Pancras is £11.80 (plus a small parking charge in the multi-storey next to the station) but I believe if travelling in groups discounts can apply. It can be as quick as 25 mins to take you into London from there so can work out a good option.

The Drayton Park was always the main away pub but this closed down recently. It would appear that there is no other officially designated away pub in the vicinity of the ground.

For the League Cup game in 2019, many of us gathered at the World’s End near Finsbury Park station. I’m not certain if Forest fans will be welcome again this time but it was a decent place with indoor and outdoor space and a few other options around there from memory. We’ve tried to confirm if this is still an option, but unfortunately have been unable to do so. 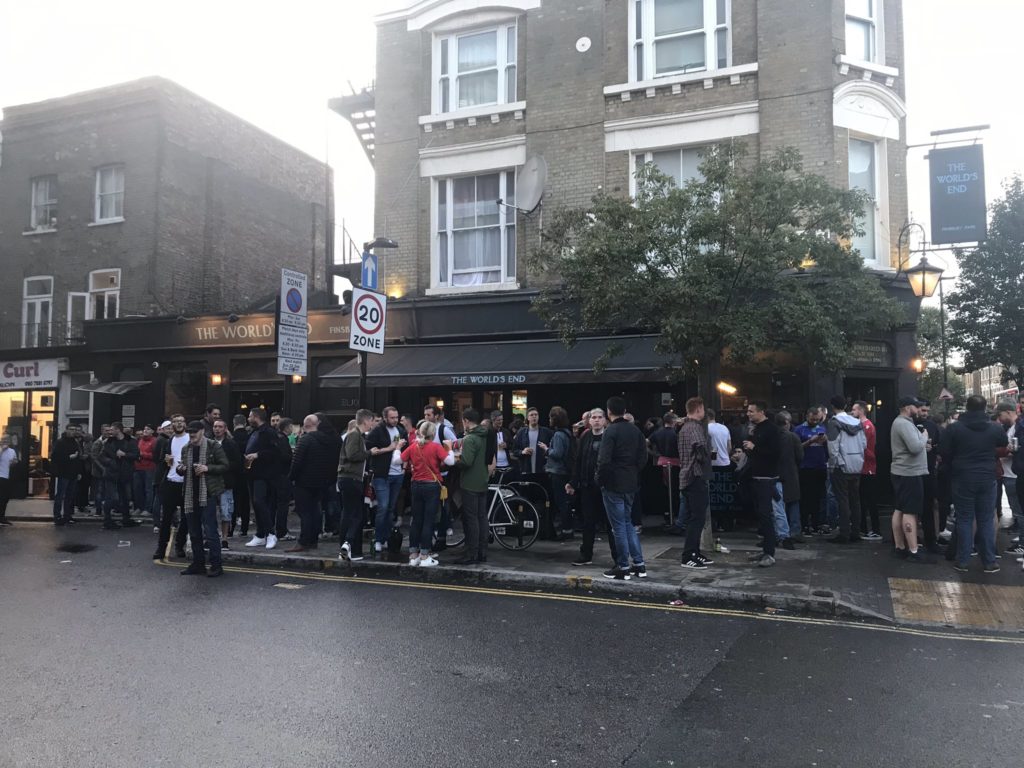 A better choice, of course, might be to stick around the Kings Cross areas or deeper into London if you have time. The O’Neill’s across from St Pancras is usually a stop for many off the train. Just down the road from there is a good little pub we discovered for the Wembley weekend called The Skinners Arms which is worth a try. 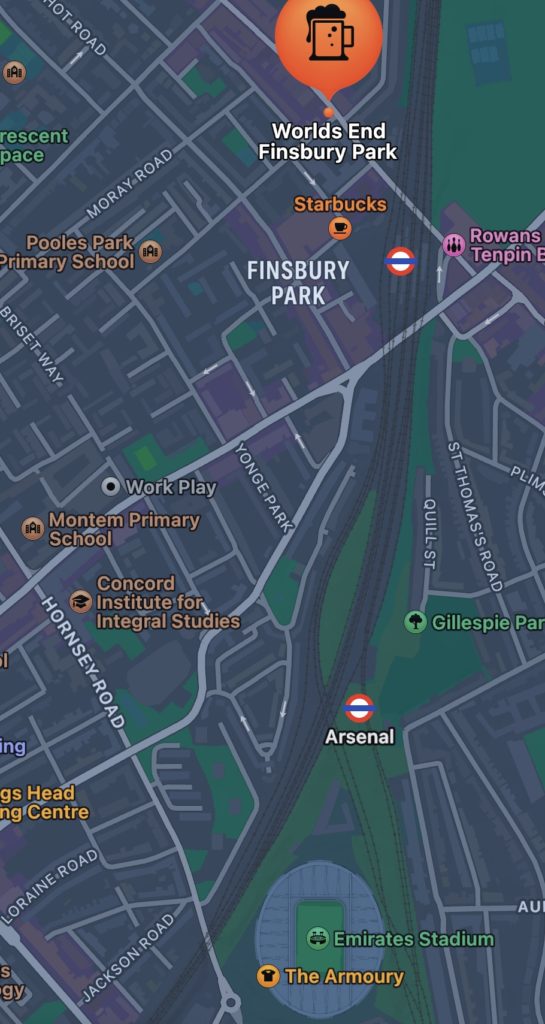 Q&A with Jacob of the Daily Gooner Podcast (@DailyGoonerPod)

1. At the time of writing this is a top v bottom fixture although City playing the day before means they could take too spot. Despite our position, confidence has risen at Forest, especially after a superb victory over Liverpool last week. What’s going right at Arsenal these days?

Although I’m under no illusion it will be like this all season it (being at the top of the league) show off what we’ve done right. Quite simply we’ve had a plan and it’s taken a few years for the initial revolution and recent evolution to take shape but we’ve had a vision with the right people to implement it.

Everything we’ve done has been proactive rather than reactive and despite some hard times we are in a much better place than we have been for a long time.

2. And what about Forest? Have you seen anything of us or have you got any general thoughts on us?

Forest appear to be suffering from what I refer too as ‘The QPR effect’. There’s been a lot of change in personnel and it shows with a huge lack of cohesion. Some good individual talent but very little teamwork or patterns.

It feels like a strategy of old where good players was enough but the game requires more tactical thinking with players who mesh stylistically. I know after promotion you were short on players with loans expiring etc but the turnover just appears to be far too much.

3. A lot of us visited the Emirates for the League Cup game a few years back – it’s a splendid venue (not a big fan of the padded seats though!) but there was always much talk about Arsenal having lost some of the old spirit you had at Highbury. But recently I read that the atmosphere has hugely improved. What’s it like at games at the moment? Is there a belief special days are close again?

There has indeed been a big shift in atmosphere over the last 14 months, some people have even described it as the first time they’ve not missed Highbury!

There’s several reasons for it. Arteta has spent a lot of time trying to restore the relationship between players and fans which was quite simply broken. There was a huge turnover of season tickets at the start of last season, a combination of people not wanting to return post covid and the long decline in results which led people to give up.

I myself am only in my second season with that lucrative gold membership. The club have also used other fan groups by placing them next to each other to really help the atmosphere thrive. The Ashburton Army are doing great things next to the away fans and it resonates across the ground. It’s a phenomenal place to attend right now. Of course the better football and results helps too! 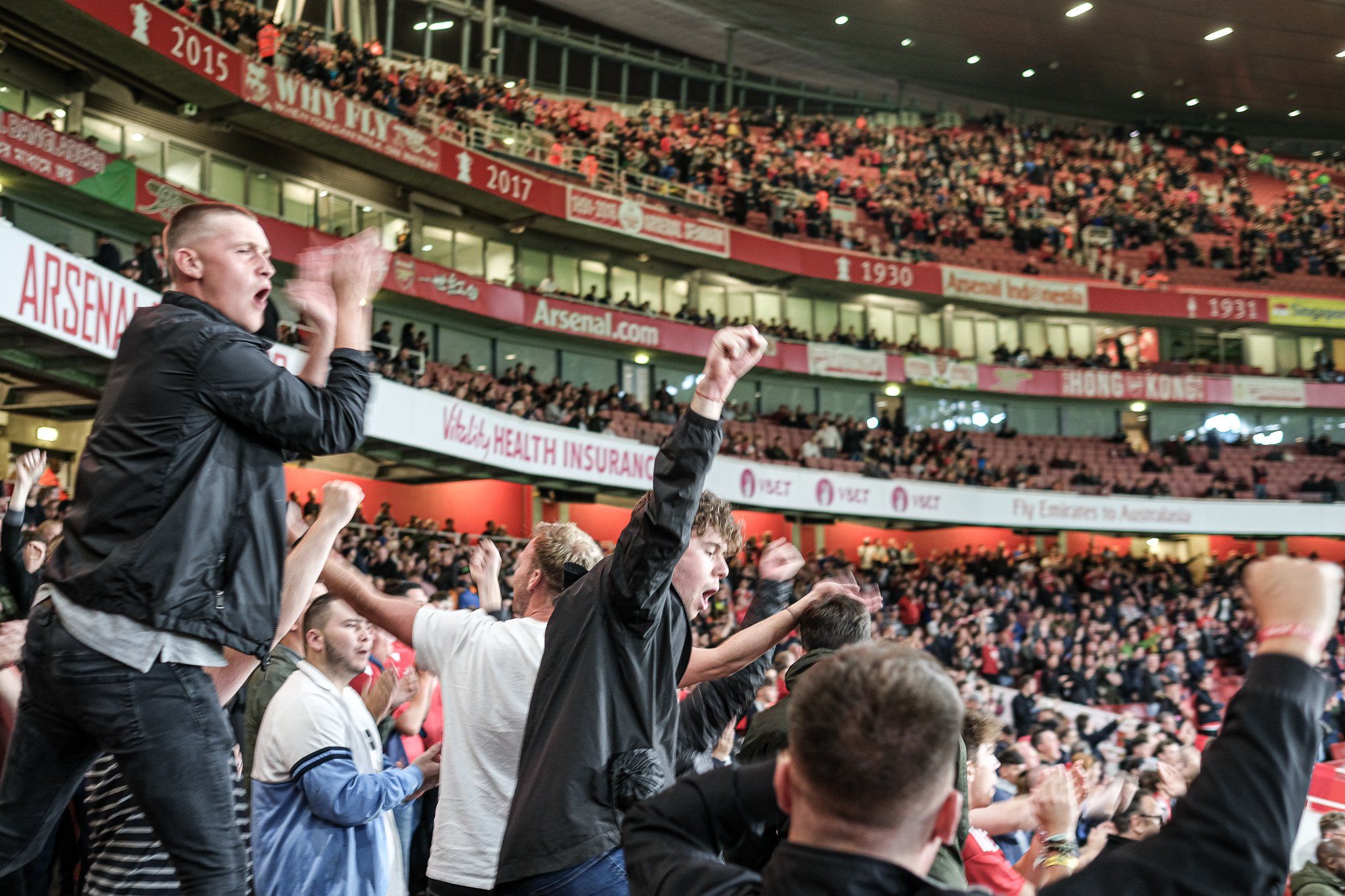 Forest fans at the Emirates for the League Cup game in 2019. Pic courtesy of Our Glorious Banners.

4. I’m interested if you have much awareness of the historical links that exist between Arsenal and Forest, the role of our former players in forming the original Arsenal club, Dial Square, in 1886 and the gifting of our Garibaldi Red shirts. Is this a story that means anything to you and Arsenal fans?

Most Arsenal fans pride themselves on knowing the history of this club, and the gift of the shirts is listed on the club website in the history section. Dial Square being started by former Forest players after moving to London for employment and being supported with shirts and a ball was obviously significant.

5. Are these are any pubs close the Emirates or surrounding areas like Finsbury Park where we might be welcomed as away fans?

The usual away pub Drayton Park is unfortunately temporarily closed, but many will allow away fans in. The Wetherspoons on Holloway Road seems to be a popular place right now. It’s called The Coronet.

6. Any parking suggestions? Either closer to the ground or anywhere a bit further out?

Unfortunately parking can be a bit of a nightmare around the area with it being a very heavy residential areas. It’s usually better to drive to tube stations such as Cockfosters and park there before getting a short tube in. I myself park at Hounslow West when I drive and get the tube straight across.

Thanks to Jacob for his insight and safe travels to all who are making the trip to the Emirates.