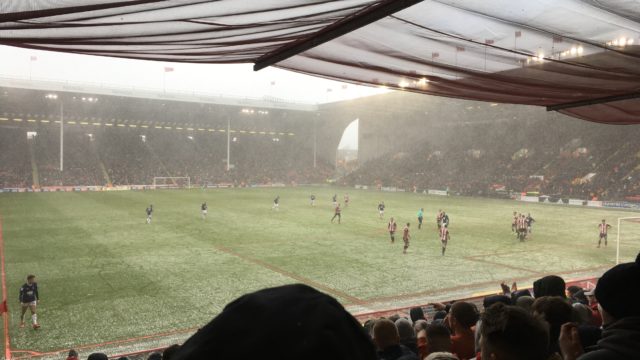 It’s fair to say the mood of some has dropped in recent weeks, but, we roll into this one for what could be a perfect start to the long weekend (optimistically typed). Sheffield United away for many is the second one they look for after Derby away – and with our Friday rivals sat pretty near the top of the Championship, it could be quite the spectacle (even more optimistically typed). There were however collective groans it must be said why Sky Sports deemed this one suitable for midday coverage. Cheers.

Last year we had the bizarre spectacle of this fixture being played almost submerged in snow, in mid March – featuring red painted lines – and were treated to an utterly thrilling 0-0 encounter for our hardships. You must look back to April 2004 for Forest’s last victory at Bramall Lane – where a goal apiece from Marlon King and Gareth Taylor fired us to a 2-1 victory…. If only we could have delivered that result 1 year earlier in a certain play off fixture, eh?

Regardless of what has gone on this season, one thing that cannot be denied is overall, the away fans situation has improved vastly. The Reds go into this one with yet another sold out following, and atmosphere’s on the whole have been better than recent years – lets hope this one follows suit, as it’s been a lot of fun at times this season.

We’re certainly looking to have a great day overall at this one, and read on for some special info on pubs, travel, and a Q&A with a Blade’s fan…..

Drinking pre United isn’t usually as easy as when we are at Wednesday, and it’s made even more difficult with the early kick off. We’ve therefore made arrangements to meet up at a venue close to Sheffield Station.

For reasons we hope you can understand and at the request of the bar we won’t be broadcasting the venue publicly. This will be a good natured meet and it makes sense to not draw attention to the place, especially considering incidents in the recent past when we have played at Sheffield United.

But all Forest fans are very much welcome and of any age provided under 18’s are accompanied by an adult (venue rules). If you fancy it then please either message us directly or email ForzaGaribaldi@hotmail.com. We’ll happily share the details and it will also be useful so we can have the venue get an adequate number of staff on.

It will open at 9am and is handily placed for both the station and Bramall Lane. It is also worth considering the potential hassle of it being good Friday if venturing to other venues in Sheffield.

Train: Considering the above, it seems likely that several us will be boarding the 08:17 from Nottingham (passing through Ilkeston at 08:29). There are around 2 trains an hour, and an open return looks tempting weighing in at just over a tenner.

Driving: With Bramall Lane being in the city centre there is limited parking around, and struggled to find anyone who had drove this one! There are some mentions online of large car parks within a mile or so of the ground – along with of course a plethora of options in multi storeys etc towards Sheffield. A further recommended route involves potentially taking a tram from a few stops away, or, alternatively book a parking space on someone’s drive. Online seems to have several horror stories of people trying to find parking near the ground, so leave adequate time if driving. 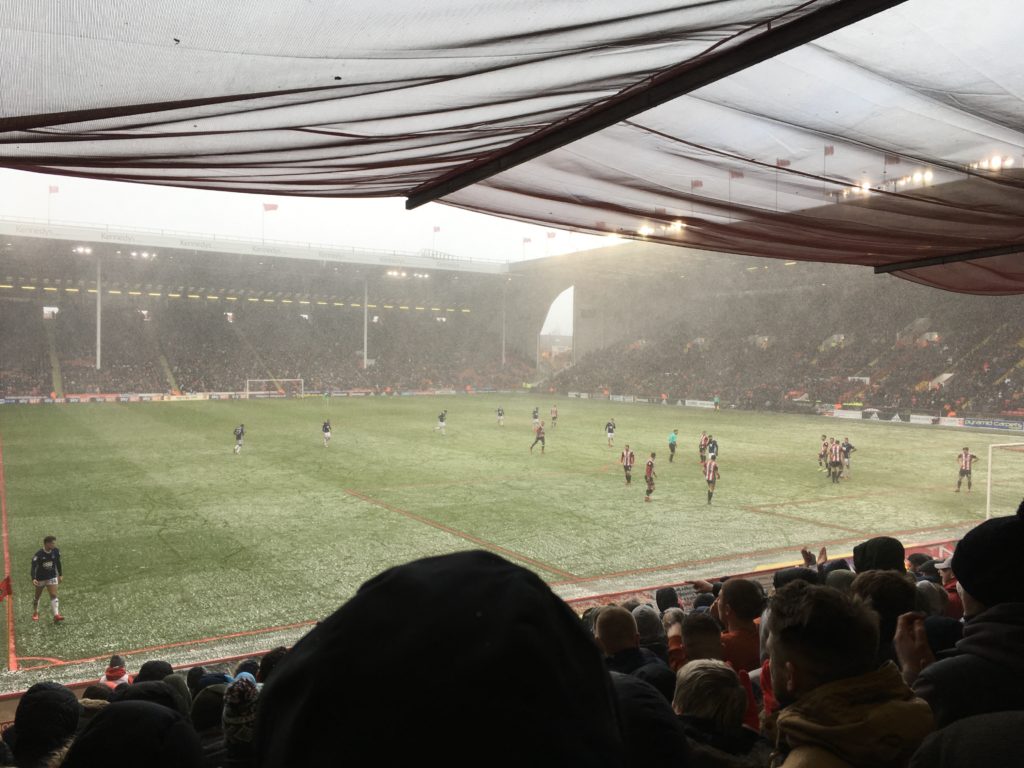 Many thanks to Craig Eagers, United season ticket holder, for sharing his thoughts on the Blades season so far and of course the fixture this Friday….

It’s going to be difficult after the weekends game, but this team do keep bouncing back after setbacks and Wilder will ensure that we keep going to the bitter end

2. What were your and the fans expectations before the season?

Honestly around mid table/lower top 10, we’d sold Brookes, at that point we didn’t have a replacement for the injured Coutts and we didn’t know whether we’d have enough up front to score enough goals

3. Who are the stand out players to take a look at on the day? Who will cause us problems?

Norwood can pick out some fantastic passes, Duffy when he is on form is a very tricky player, but the one who is playing out of his skin at the moment is McGoldrick!

4. You recently signed Kirean Dowell – how has he settled in? He had a great first half of the season at Forest but then was frozen out.

He has had some very good appearances and some very average ones, although he has been played in a few different positions including left wing back where he hasn’t played before. There is definitely a good player in there

5. It seems incredible for Forest that your top 2 scorers used to play for us. David Mc”Goaldrought” never really hit the ground running and Sharp delivered for the one season he was with us. Did you genuinely believe pre season these 2 would have struck up 37 league goals between them at this stage?

McGoldrick had a great game against us last season for Ipswich so I knew he was a good player but didn’t think he would score a lot of goals and all we heard about him was he would be injured 90% of the time, I underestimated him on all counts!

Billy Sharp scores goals! People keep writing him off but he just knows how to stick the ball in the back of the net and he is probably the fittest he has been since he came back (although he will likely miss the Forest game due to injury!! ? ).

But no, I didn’t expect 37 goals at this stage at all!

It hasn’t been great, but then you tend to find that the away support is better at most grounds these days. The average I think is pretty good, the local Safety Advisory Group like to net off large chunks of seats so that fans can’t be within 200 yards of each other in case world war three breaks out so the allowed capacity is below what it should be. The season ticket prices are good again this year and if we do get promoted I’d expect us to average 30000 again.

7. Any recommendations for pubs on the day (if we are allowed in!), or particularly after where a few Reds may be loitering before a later train back?

The ground is only 5/10 mins walk from the city centre where you’ll find a load of pubs that away fans are welcome in just avoid the pubs closest to the ground as you won’t be allowed in. Student areas around West Street, Devonshire Green and Ecclesall Road have a good selection of pubs and Kelham Island has a lot of real ale pubs if you are sticking around for a while after the match.

8. Prediction for the game? And what kind of football can we expect? Go on, tell us about overlapping centrebacks……

Think it will be a tight one, we seem pretty nervous at the min, plenty of early pressure but if we score we are tending to sit back and not kill the game off. If we can get back playing to how we normally do then you will see defender popping up on the wing and lots of possession in your half. Not many shots from outside the box as we like to pass people to death before tapping it in!

Overlapping centre backs? Have Sky mentioned that recently? When in full flow it’s great to watch, one centre half on the left wing crossing for another centre half in the box! Again that seems to have calmed down recently and we will be missing two of the back three on Friday so that might stop us from deploying it fully!

No brainier, has to be a! With our record in the playoffs top 6 is as good as mid table anyway! 😉

Come on You Reds!!